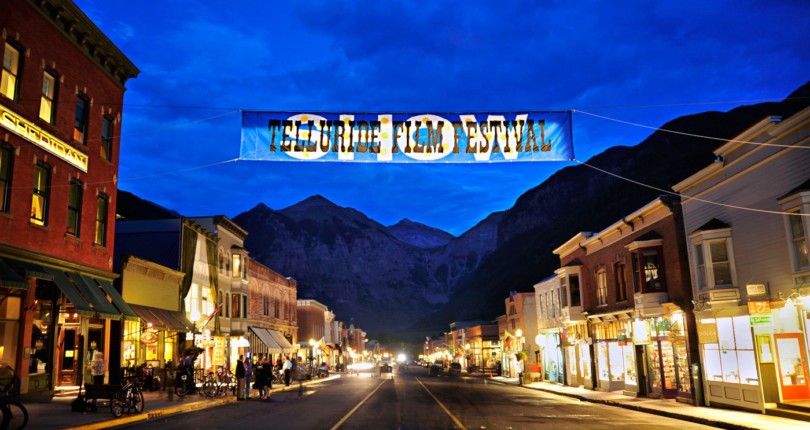 Here’s what Entertainment Weekly has to say about this year’s Telluride Film Festival.  JOEY NOLFI August 30, 2018

The sounds of Oscar buzz are echoing through the mountain peaks of southwestern Colorado as the 2018 Telluride Film Festival has announced its full lineup of films.

Packed with major contenders looking to storm the current awards season conversation, the festival’s 45th annual slate — revealed Thursday — is set to host titles including Robert Redford’s final film as an actor, The Old Man & the Gun; Hugh Jackman as presidential candidate Gary Hart in The Front Runner; Nicole Kidman as a detective who survived an undercover operation in Destroyer; Matthew McConaughey in the the true-life tale White Boy Rick, and Joel Edgerton’s drama Boy Erased, with Lucas Hedges and Kidman.

Netflix’s Roma, the Alfonso Cuarón-directed semi-autobiographical black-and-white film centering on a middle-class family in 1970s Mexico City, will kick off its lengthy festival season run with a world premiere at Telluride as well. The film is thus far one of the only major awards hopefuls hitting every major seasonal festival between Telluride, Venice, Toronto, and New York.Other films on the 2018 lineup include Damien Chazelle’s First Man (which just had its world premiere in Venice); Yorgos Lanthimos’ The Favourite, starring Emma Stone and Olivia Colman; and Marielle Heller’s Can You Ever Forgive Me?, with Melissa McCarthy as real-life biographer-turned-literary-forger Lee Israel.

The Telluride Film Festival, which began in 1974, traditionally doesn’t announce its full lineup until the day before the event’s commencement. It is often the first stop for major films heading into the Oscar race, with eventual Best Picture winners like Slumdog Millionaire, The King’s Speech, Argo, 12 Years a Slave, and Moonlight having premiered at the event over the last decade.

Check out the official program for a full list of films and additional information.

We are waiting to answer your questions about Telluride 970.728.0808 or you can browse homes, land and condos here.

Free Movies in the Park

Getting To & Staying in Telluride This Winter

Winter is just around the corner, and we're already dreaming of carving up some fresh powder on...

The New Issue of Truly Telluride is Live!

Telluride and The Coronavirus